A recent report made by the World Health Organisation (WHO) has found that about 1/3 of the 900 million people in the WHO European Region live in countries that have not yet banned the use of all forms of asbestos.

These findings urged a high-level meeting based in Haifa, Israel, on the environment and health of Europe to appeal urgently to all countries to eliminate asbestos related diseases.

Pleural plaques: a discrete fibrous or partially calcified thickened area on the lungs which can be seen on X-rays of individuals exposed to asbestos. Although pleural plaques present no symptoms, in some patients this develops into pleural thickening.

Mesothelioma: mesothelioma is a type of lung cancer that most often starts in the lining of the lungs, but can also start in the abdomen. In its early stages, mesothelioma does not have many symptoms, whether it is in the chest or the abdomen. When symptoms do develop, they are often caused by the cancer growing and pressing on a nerve or another organ. Symptoms of mesothelioma can include:

The report presented at the meeting in Haifa indicated that asbestos is responsible for about half of all deaths from cancers developed at work. According to new estimates, deaths from mesothelioma in 15 European countries cost society more than 1.5 billion euros (over £1.1 billion) annually.

Figures from the Health and Safety Executive in the UK show that more than 2,500 people are diagnosed with mesothelioma, an asbestos related disease, in the UK each year. According to the Department for Health and Pensions, 53,000 people will die from pleural mesothelioma in the UK between 2013 and 2037.

Dr Jakab went on to say: “We urge all countries to leave the Haifa meeting to fulfil their 2010 commitment and develop policies by the end of this year that will eliminate asbestos related diseases from the face of Europe.”

There are currently 15 countries in Europe that have not yet banned all forms of asbestos. These are: Albania, Andorra, Armenia, Azerbaijan, Belarus, Bosnia and Herzegovina, Georgia, Kazakhstan, Kyrgyzstan, the Republic of Moldova, the Russian Federation, Tajikistan, Turkmenistan, Ukraine and Uzbekistan. 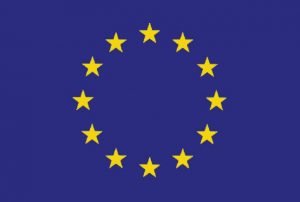 Elimination was one of the major issues discussed at the meeting. Over 200 representatives of European countries and international and non-governmental organisations attended the meeting to evaluate overall progress on environment and health in Europe.

Who are the European workers mostly likely to come into contact with asbestos?

From the terrible experiences suffered by workers within the UK who were exposed to asbestos, it is likely that people who work, or have worked, in a similar trade to them throughout Europe will suffer as well.

The five original time-bound targets adopted by countries in the European Region in 2010 are to:

All European countries present at the meeting renewed their pledges to work towards meeting the targets developed in 2010. This includes steps to:

They also agreed to address the environment and health challenges of the 21st century posed by: