The risks and consequences of illegal removal of asbestos

The removal of asbestos from buildings by anyone other than specialists is not only unlawful, but also poses an extreme health risk.

It is therefore important that awareness is raised to the reality of consequences when contractors fail in their safeguarding duties.

Asbestos in any form of work environment is a concern. It is crucial that the material is properly identified, managed, contained and where necessary, removed by the appropriate asbestos removal specialists as to reduce any potential exposure to those in the vicinity.

The removal of asbestos is not an area that professionals who know better should cut corners for the sake of potential expenses. Disturbed asbestos dust and fibres are highly hazardous and can put workers and the public at risk of exposure. The Health and Safety Executive (HSE) states that asbestos-related diseases claim the lives of an estimated 5,000 people per year in the UK alone.

Failure to prevent exposure to asbestos

The results of a recent HSE inspection into David William Briggs, trading as Briggs Demolition, found that he had ignored an asbestos survey during demolition work on former Oakbank Training Centre in Chadderton, Oldham. He was found by the HSE to have failed to prevent workers on the site from exposure to asbestos.

The HSE told the court that Mr. Briggs then chose to ignore the asbestos report which identified about 230 square metres of asbestos materials throughout the buildings, and began demolition without any of the material safety removed. 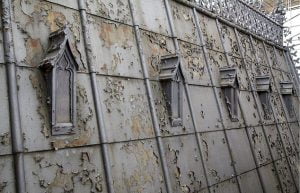 In doing this, Mr. Briggs failed in his duty to protect his workers, as well as anyone else who was around the worksite from a foreseeable risk of serious harm. As a result, he was found to be guilty of breaching the Health and Safety at Work Act 1974 and the Control of Asbestos Regulations 2012, and was sentenced to 24 weeks of imprisonment.

Midlands based firm Enviro-Safe Limited was also recently fined a five-figure sum following an investigation by the HSE that revealed they failed to meet the standards required for asbestos removal work. As in the case of Briggs Demolition, Enviro-Safe Limited were rightfully fined for their negligence, which ultimately may have had considerably more severe consequences.

In the UK, the law states that duty holders have the responsibility to ensure that adequate assessments take place to avoid the risk of asbestos exposure. This should include taking reasonable steps to locating any harmful waste, as well as identifying the risk of anyone being exposed to asbestos. In the event that asbestos is found, the Control of Asbestos Regulations 2012 orders that the findings of the survey to be shared with anyone who might be put at risk of exposure by providing information on the location and condition of the asbestos to anyone who could disturb it.

Who is at risk of asbestos exposure?

The use of asbestos within the UK was widespread, up until its import and use was banned in 2000.

In the construction industry, the use of asbestos was very prevalent, and it is still found within many buildings today. People in construction and demolition professions are still at risk of being exposed to asbestos and potentially developing an asbestos-related disease, such as mesothelioma, pleural thickening or asbestosis. For example; plumbers, joiners, electricians, demolition workers, painters and decorators, engineers, dockworkers, welders and shop-fitters could all be at risk of coming into contact with asbestos.

Another group found to be at a high risk of developing asbestos-related diseases were those who lived near or passed by asbestos producing factories, such as the notorious Cape Factory in East London. Dust from the factories spewed on to the streets from giant fans, leaving wisps of asbestos fibres to settle. Nearby residents at the time remember that it almost always looked like Christmas, and that children used to pick up the ‘snow’ to throw at each other. 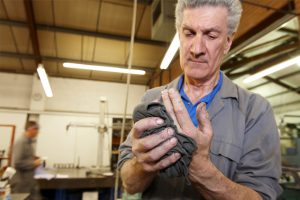 ‘Shakedown’, or secondary, exposure claims of mesothelioma also began to surface from the 1970s and onwards. These were cases where a loved-one had work clothes contaminated with asbestos washed or shaken out at home, and where workers came into contact with family members, for example when cuddling small children whilst still dressed in dusty overalls.

Asbestos is still found in many buildings constructed before the year 2000 and because some people are more susceptible to certain asbestos-related diseases after inhaling just a few asbestos fibres, there is a new wave of sufferers who develop these conditions after low dose exposure.

As well as the construction workers in old buildings and shop-fitters replacing paneling in shopping centres, there are many individuals in differing professions who are could be at risk of exposure to asbestos dust and fibres.

While asbestos does not pose a serious risk if enclosed and well managed, materials such as asbestos lagging, sprayed asbestos, and asbestos insulating board can release the dangerous fibres if damaged, and are all present in the majority of our schools. 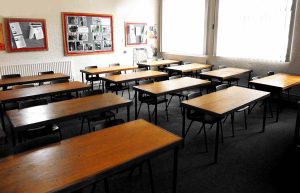 The highest profile example of those in the new wave of sufferers are teachers and school staff. Between 1980 and 1985 there were 15 mesothelioma deaths among teachers – just 3 per year. In 2012 alone, there were 22. And a growing number of legal cases now involve people who believe they – or their relatives – were exposed to asbestos at school.

If you believe that a building that you work in, or are perhaps about to start renovations or repairs on, might contain asbestos, your best course of action would be to get in touch with your health and safety manager to find out if the appropriate checks and tests have been made, and if work does need to be carried out on the building ensure that any asbestos is safely identified and removed by a certified asbestos removal specialist.

HSE: Information about health and safety at work