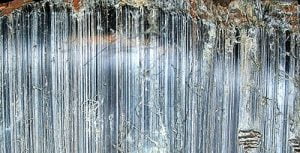 A full ban on asbestos products did not come into force in the UK until 1999, and the European Union’s deadline for member states to end its use was just 10 years ago. According to the Health and Safety Executive, asbestos can be found in any industrial or residential building built or refurbished before 2000. It is estimated that more than 50% of UK homes harbour asbestos, which could be lethal if disturbed.

Today, asbestos is still used in large quantities in many parts of Asia, Eastern Europe and South America, while controlled use is still permitted in the USA and Canada.

The endurance of this “magic mineral” turned deadly dust is a complex tale of industry cover-ups and misinformation that spans decades. A tale of scientific deception and betrayal, greed, political collusion, the power of propaganda and the willingness of some executives to knowingly subject hundreds of thousands of vulnerable workers and families around the world to severe illnesses and even death in the pursuit of profit.

Many of these horrendous tales have parallels with the rampant rise of the tobacco industry. 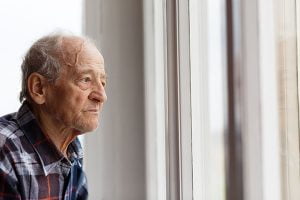 Research into precisely how asbestos causes mesothelioma and other forms of asbestos-related lung cancers is on-going, as well as research into potential treatments, but unfortunately funding is currently extremely limited. Asbestos fibres are so small that most can only be seen under a microscope. Billions of fibres can be inhaled in a single day with no immediate effect, but the trace of asbestos can be found in the lungs on X-rays and CT scans in the form of pleural plaques. The long-term consequences of asbestos inhalation can be deadly as it can take between 10 and 50 years for symptoms of an asbestos-related disease to surface.

There is a firm scientific consensus that any type of asbestos is toxic, but not everyone agrees.

East of Montréal, Canada, on a piece of land opposite a meat-packing factory, stands a blue and white advertisement. It reads: “Batir l’avenir ici: Terrains industriels a vendre” meaning “Build the future here: Industrial land for sale”. There are many similar signs like this one in the town called Asbestos.

Named after its most notable export, the town once met around three quarters of the world’s demand for asbestos. Attempts to diversify trade have had limited success and jobs are few and far between after the closure of the town’s asbestos mine in 2012.

Halfway between the advertisement and the closed mine is the town’s newest building: a cancer clinic. Most locals, however, appear to believe the industry’s claims that white asbestos can be safely used.

“They believed that if you have cancer, it is because you smoked,” says Dr Jessica van Horssen, an environmental historian at York University, Toronto. “The view is that asbestos can be handled safely now. The industry covered things up and it’s as if the people learnt that this is what you are supposed to do. You must say it’s not so bad, that it saves more lives than it kills, and if we say it’s okay enough times people will believe it.”

During the 1970s and 1980s, some large asbestos companies moved the manufacture of the particularly hazardous products, containing blue asbestos, to lower-income countries.

Funded by the Canadian and Quebec governments and mining companies, what is now the Chrysotile Institute sent delegations to Asia, South America and Africa to claim that the mineral could be used safely. So when the UK and other developed countries stopped using asbestos, the industry attempted to reinvent itself, creating a whole new geography of victims in developing countries.

From a peak usage of 5 million tonnes per year in the 1980s, asbestos production  fell to 2 million in 2000, and has stayed around that mark ever since.

Russia now accounts for half of the world’s production of asbestos, with the other large producers being China, Brazil and Kazakhstan.

As of April 2013, bans on all types of asbestos use were in place in 54 countries. The countries that have banned it are fewer than the number who still use asbestos.

China and India process and refine most of the asbestos still being produced, together accounting for almost half of the world’s total. Thailand, Indonesia, Sri Lanka, Brazil and Russia also use significant amounts of asbestos. 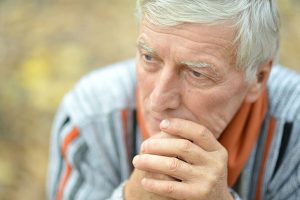 The World Health Organization estimates that 107,000 people die every year as a result of occupational exposure to asbestos. In the UK, the Health and Safety Executive puts the number of asbestos-related deaths at around 5,000 deaths per year.

While most cases occur among those who have worked directly with materials containing asbestos or asbestos itself, others can become ill through more casual environmental exposure. In 2004, it was reported that hospital workers and school teachers ranked 4th and 8th respectively in a list of the most frequently cited occupations on mesothelioma death certificates. One quarter of deaths in the US from the asbestos-related cancer occurred in those who had never worked directly with asbestos.

Liz Darlinson, head of services at Mesothelioma UK says: “It is still predominantly carpenters, joiners and laggers, but those of us who work with this disease are fearful, because increasingly we are seeing more women and more people who have had casual exposure such as teachers, doctors, nurses, secretaries, and people who have sat on the knee of a father who had worked with asbestos.”

Why is #asbestos still causing thousands of deaths a year? #mesothelioma #cancer https://t.co/VBWydBzPrl

Health risk: asbestos still present in 9 out of 10 schools in the UK