Based on the latest projections of annual mesothelioma deaths by the Health and Safety Executive (HSE), the DWP predicts that 53,000 people in the UK will die over the 25-year period (2013-2037) as a result of developing the deadly lung cancer, mesothelioma.

The figure was reported in a Parliamentary written question and answer from Lord Wigley (leader of Wales’ Plaid Cymru party from 1991 to 2000). Written questions allow Members of Parliament and the Lords to ask government ministers for information on the work, policy and activities of government departments. Lord Wigley had asked about the government’s latest estimate of the expected deaths from mesothelioma over the next 25 years. 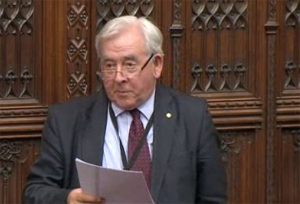 Lord Freud, Parliamentary Under-Secretary of State of the Department for Work and Pensions, answered on behalf of the government and qualified the figures by stating that the statistical model used suggests an uncertainty range of 49,000 to 58,000 deaths on that estimate. The true uncertainty range may be wider as longer-range predictions are reliant on assumptions about asbestos exposures that cannot currently be fully validated.

It is worth noting that it was only last year the HSE reviewed its predicted annual death rate from asbestos related diseases, moving its projection up from 4,000 deaths a year to 5,000. In the same 25-year period (2013-2037) that is a potential 125,000 deaths from exposure to asbestos dust and fibres.

Mike Kane, Labour MP for Wythenshawe and Sale East, while tabling his Mesothelioma (Amendment) Bill under the ten minute rule motion earlier this month, quoted a figure of about 60,000 deaths from mesothelioma in the next 30 years. 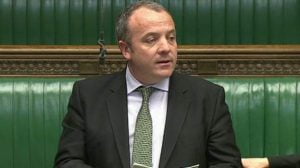 That is 60,000 reasons why we need more funding for mesothelioma research. The MP was tabling the Bill to require a statutory contribution, to research into mesothelioma, from each of the estimated 150 insurance company firms active in the ‘employers’ liability insurance market’.

This week (March 25) Lord Wigley followed up his initial written question about mesothelioma death rates with another two, asking the government specifically about support for mesothelioma research.

Lord Wigley asked the government what discussions they have had with the British Lung Foundation (BLF) about progressing research into mesothelioma, and in particular taking research using adult stem cells to clinical trials; and what public sector funding has been provided in each of the past 10 years to support mesothelioma research.

A written answer from Earl Howe, Parliamentary Under-Secretary of State of Health, suggests that from 2006 to 2014 £0.6 million was allocated to mesothelioma research by the National Institute for Health Research (NIHR) through research programmes, research centres and units, and research training awards. Although the total spend by the NIHR on mesothelioma research is higher than this because expenditure figures by the NIHR Clinical Research Network (CRN) cannot be separated from total CRN expenditure.

Expenditure by the Medical Research Council on research related to mesothelioma between 2008 and 2014 was stated to be £9.7 million.

Earl Howe added: “In April 2014, I convened a high level meeting between the Association of British Insurers and the British Lung Foundation (BLF) to discuss how insurers can remain engaged in support for mesothelioma research. Two insurers (Aviva and Zurich) who participated in the earlier donation by insurers of £3 million to the BLF, have agreed to each donate £250,000 per annum to the BLF for mesothelioma research over the next two years – a combined total of £1 million.”

Mesothelioma is an aggressive lung cancer that affects the lining of the lungs. Less commonly it can affect the lining of the abdomen and heart. Nearly all mesotheliomas are caused by exposure to asbestos dust. The disease and symptoms present many years after the asbestos exposure occurred. There is no known cure for mesothelioma and sufferers often die within months of diagnosis.

Mesothelioma is a rare cancer and affects mostly people of retirement age, so it is often forgotten and attracts little publicity and research funding. It is very welcome news that Lord Wigley, Mike Kane MP and the BLF are raising the profile of mesothelioma and the desperate need for research funding to help the 50,000 to 60,000 innocent people who will develop the terminal lung cancer within the next 25 to 30 years – but a lot more work needs to be done to improve their treatment and survival.