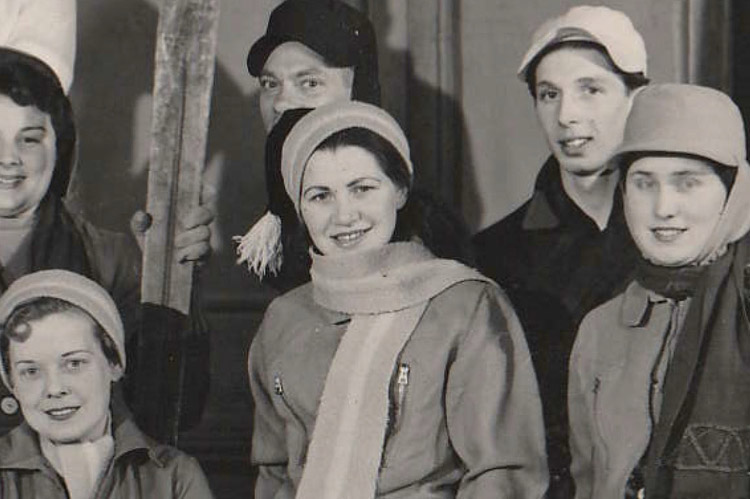 A family is appealing for information after a Dagenham grandmother dies of the cruel asbestos related lung cancer, mesothelioma.

After struggling with her breathing for a number of years, Millicent Catherine Walsh (nee Sambrook) – also know as Millie – died on December 31, 2019 aged 84. 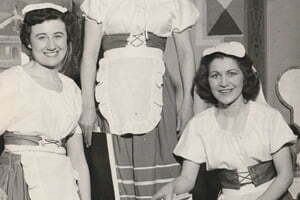 It was not until a telephone inquest hearing on April 4, 2020 held by the Walthamstow Coroner’s Office that the family discovered their grandmother-of-eight had died from respiratory failure caused by metastatic mesothelioma and pulmonary asbestosis.

Mesothelioma and asbestosis are caused by breathing in asbestos dust and fibres.

It is believed that Millie could have been exposed to asbestos while working for May & Baker, a chemical company based in Dagenham East. It was one of the largest factories in the area and asbestos was used throughout the site because of its insulating and fireproof properties.

With the help of the National Asbestos Helpline, Millie’s family are making an industrial disease compensation claim on her behalf. To be able to do so the family needs the help of anyone who can remember the presence of asbestos in the old May & Baker factory.

Millie worked for the company from the age of 16 during the 1950s as a secretary in the engineering department. She was based in the offices, but her role took her across the factory site.

Eugene, one of Millie’s five children, says: “Mum was active until her breathing deteriorated, She used to go shopping, driving herself, visiting family, attending bingo and gardening as well as reading and crosswords.”

“Mum would have been about 80-years-old when breathing problems became much more noticeable. Her breathing got worse and she had to rely on inhalers as well as more frequent visits to hospital for breathing and lung issues. 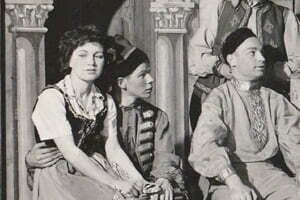 “Mum’s slow deterioration was noticed by all her children and grandchildren. Despite encouragement, the sedentary lifecycle she fell into couldn’t be broken as she progressively felt more unwell; she was less inclined to seek help and mobility issues, because of her breathing, exacerbated the situation. It was very hard to watch.

“We only discovered she had mesothelioma from the coroner’s findings after tissue samples were taken after Mum passed. When we were told, we were already grieving and we had already had the funeral; but it was still a shock that she had been living with an undiagnosed asbestos illness and we felt upset that she may have suffered more than necessary.”

Millie met her husband, Edward, while working at May & Baker. Edward worked in the laboratories and they were fellow members of the May & Baker’s Amateur Musical and Dramatic Society. Together they were in productions of the Desert Song, the Student Prince and numerous Gilbert & Sullivan operettas. The couple married in 1959 at the Holy Family Church in Oxlow Lane, Dagenham.

Eugene says: “They were together for the best part of 60 years and Dad is feeling the hole in his life which Mum has left. We have had episodes of him calling for Mum in his sleep and upon waking.”

Jan Garvey, from the National Asbestos Helpline, says: “For a family to lose their Mum to this terrible cancer is devastating and unjust. Mesothelioma can take up to 50 years to develop and after such a long time it can be difficult to gain the evidence needed to prove where and when exposure to asbestos dust occurred, which is why we need the help of May & Baker’s former employees during the 1950s and 1960s.

“Do you remember Millie and Ned? Can you remember working alongside Millie in the offices? Are you aware of anyone who worked at May & Baker and possibly developed breathing problems or other symptoms? Do you remember seeing office staff on the factory floors, stores and in the laboratories? Can you talk about the presence of asbestos in the factory buildings across the site? What were the working conditions like? Your details will remain confidential.”

If you have any memories of working at May & Baker in Dagenham East and the presence of asbestos or know someone who did and developed breathing problems, please call Jan Garvey at the National Asbestos Helpline on freephone 0800 043 6635. Alternatively, email jan@nationalasbestos.co.uk. Your details will remain confidential.