An exclusive report, by Dean Kirby for The Independent newspaper, has revealed that the world’s biggest asbestos factory ran a smear campaign throughout the 1980s against journalists and campaigners who were trying to expose the deadly truth about asbestos dust.

Jan Garvey, from the National Asbestos Helpline, says: “Sadly last week’s revelations reported by The Independent do not come as a surprise. It is really concerning that the article confirms the lengths Turner and Newall were prepared to go to try and protect their business and deadly product, regardless of the human costs.

“What is also worrying is the fact that even today the asbestos industry still pushes its commercial cause with little regard for the workers who could pay the price with their lives in 10 to 50 years’ time. We have highlighted this very issue before within our blog. While the UK has banned asbestos, there are other countries still mining and using the deadly mineral, and the asbestos industry continues to grow in commercial influence and still manages to lobby politicians.

“Asia is the biggest market, and the world’s largest asbestos importer, India, has a $2 billion industry with 100 manufacturing plants, 300,000 jobs and huge annual growth. The executives from this industry gathered annually for two days in luxury hotels to aggressively promote a message that they are serving the nation by providing roofs, walls and pipes to some of the world’s poorest people.

“The pro-asbestos industry also continues to muddy the scientific and medical evidence that states any form of asbestos is a killer at any level of exposure. The pro-lobby uses favoured consultants and ‘experts’ – with often undeclared interests – to support the continued use of asbestos and the big business around it. Meanwhile weak governments and authorities decided to put their heads in the sand.

“History is repeating itself. Millions will continue to die because commercial and economic short term interests are put before hardworking people’s lives. The World Health Organization (WHO) estimates that 125 million people around the world are annually exposed to asbestos in the workplace, and the International Labour Organisation says about 100,000 workers die each year from a related disease.” 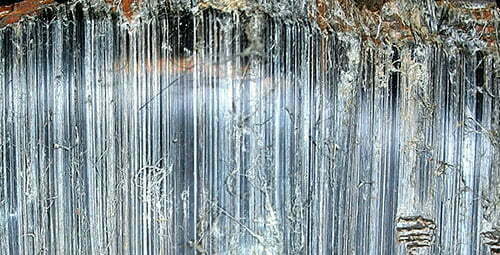 According to The Independent, campaigners have now called for a full inquiry into Turner and Newall’s activities after accusing it of “decades” of espionage against campaign groups in the UK.

At the time the Rochdale-based asbestos manufacturer Turner and Newall ‘watched’ people they considered ‘subversive’ and kept a record of their activities. The executives also secured support from disgraced Rochdale MP Cyril Smith. He tried to help discredit award-winning documentary makers who planned to reveal to the public how asbestos workers were dying from cancer through a Yorkshire TV documentary, ‘Alice: A Fight for Life’. The Independent revealed that executives at Turner and Newall also wrote the MP’s speech that he made about asbestos safety in Parliament.

The link between asbestos and cancer was well known by politicians and leading doctors in the 1980s. As early as 1898, the government’s factory inspectors raised concern about the “evil effects” of asbestos dust, and by 1931 a Home Office survey found that asbestos-related diseases were widespread in the UK.

Despite knowledge of the risks, commercial and economic factors took precedent over people’s lives and the general public were kept in the dark about the deadly mineral.

The Yorkshire TV documentary, ‘Alice: A Fight for Life’, was a turning point in the fight to ban asbestos and secure justice. The programme was a success despite the efforts of Turner & Newell’s executives to discredit the film by producing the secret report on the researchers, local asbestos campaigners and industrial injury solicitors.

James Cutler, who along with Peter Moore was one of the researchers on the film, told The Independent: “We were certainly not Communists. I was never a member of any political party. We never even visited the Friends of the Earth’s offices. We were journalists doing our jobs.

“Turner and Newall put together a lot of rubbish information and used it to brief MPs, but if you have to deny something in the House of Commons under oath, it puts a seed of doubt in people’s minds and that’s what they tried to do. It was underhand and pathetic.

“I never had a feeling that we were being followed, but we did feel when we went to Rochdale that it was a company town. If you were talking to a widow in one street, people in another street would know what you were doing.

“Our motto while making the film was to leave no stone unturned and that’s what we did. Ultimately, the firm stopped using asbestos.”