The grieving partner of a Birmingham-born man who died from a terminal lung cancer caused by asbestos is appealing for help from former employees of an electrical factory in Bordesley.
Peter Jennings died just 25 days after being diagnosed with the aggressive and incurable asbestos-related lung cancer, mesothelioma. 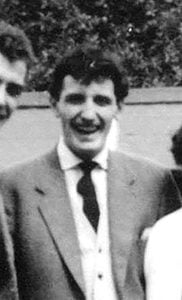 The 73-year-old believed that he developed the cancer after exposure to asbestos dust while working as an electrical fitter for Dowding & Mills in Camp Hill, Birmingham, between 1953 and 1956, and again from 1959 after Peter completed his National Service. Asbestos sheets were cut within the factory with a saw, and asbestos ducting was made using hand and electrical saws. 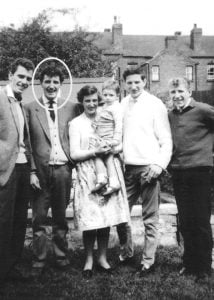 Since Peter’s death in April 2012, his partner of 26 years has taken up his fight for justice. Maureen Brown is appealing for anyone with information about the use of asbestos in Dowding & Mills during the 1950s and early 1960s to get in touch with the National Asbestos Helpline.

Maureen says: “I took this on because I was so angry that it had happened to Peter. I wanted justice. They shouldn’t have been exposing people to asbestos when they must have known it could be harmful.”
The Health and Safety Executive says asbestos is the UK’s biggest workplace killer and causes more than 5,000 deaths a year, nearly three times the number of people killed annually on Britain’s roads. After exposure to the asbestos dust it can take between 10 and 50 years for an asbestos-related disease to show any symptoms.

Maureen says: “He was in good health when it started with a pain in his shoulder, which we thought was muscular at the time. Then in one day, I came back from helping my son and daughter-in-law move house and he was having trouble breathing. He was breathless even when walking from room to room in the home. This was very unusual for Peter.”

Maureen says: “When we were told Peter had mesothelioma we had no idea what it was. We were ushered into a side room and given a leaflet. No one mentioned that it was caused by asbestos. Peter had never been asked any questions about his past occupation, as far as I am aware. I came home following this meeting and went straight onto the internet to find out what mesothelioma was. I was obviously, shocked and distressed by what I found.”

Maureen would like anyone with information about the use of asbestos in Dowding & Mills, where Peter worked, to contact Jan Garvey at the National Asbestos Helpline on freephone 0800 043 6635 or email jan@nationalasbestos.co.uk. Your details will remain confidential.