Could testing the temperature of someone’s breath help to diagnose asbestos-related lung cancer?

Lung cancer could be diagnosed by simply measuring the temperature of a person’s exhaled breath, according to researchers from the University of Foggia in Italy.

A non-invasive test based on a simple measurement of the temperature of a patient’s breath could revolutionise the way that lung cancer is diagnosed, as it could quickly and easily confirm or reject the presence of tumours. Fast and early detection of lung cancer can significantly aid a person’s treatment and improve their survival. 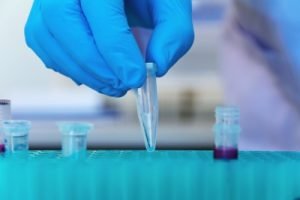 Globally, lung cancer is considered the most common form of cancer, with close to 2 million patients diagnosed with the disease in 2012 alone. In the UK, it is the second most prevalent form of cancer in the population.

Lung cancer is generally linked to an exposure to carcinogens inhaled while smoking cigarettes. Although this may be the case with many patients, exposure to asbestos dust and fibres has also been found to be a considerable factor to the causation of a lung cancer.

It is estimated that more than 2,500 people develop asbestos-related lung cancers in the UK every year, but the actual figure may be considerably higher, as sometimes the cause of the cancer is automatically put  down to smoking. 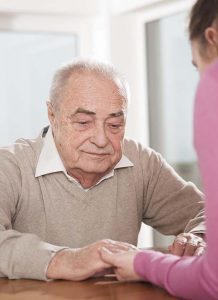 If a new lung cancer test can be developed from the research, it could potentially benefit asbestos sufferers with a quick, non-invasive diagnosis that can be carried out by a GP. It could also give the medical professional more time to consider a link with asbestos and to ask about the patient’s past exposure to asbestos dust and fibres.

The temperature of exhaled breath can be a potential indicator of airway inflammation. The research was aimed to form a link between temperature of exhaled breath and potential clinical outcomes of patients with cancer.
The study performed by the researchers included the analysis of 82 participants who had all been X-rayed prior to the study that had revealed the presence of cancer, and a further control group of participants who had not been diagnosed with cancer. A breath thermometer device was used to measure the temperature of exhaled breaths from all of the participants.
The end results revealed that around half of the participants had a comparatively higher breath temperature than people who were tested without cancer.
The temperature of a person’s breath also increased with the number of years they had spent smoking, as well as the stage at which their lung cancer had developed. A cut-off value was observed in the measurement of temperature which can identify lung cancer with a high level of accuracy.
At the time of writing, research is still only in study stages. No wide-range clinical trials have been carried out, but this does not mean they will not happen. Hopefully over the coming months we will see this study reach further stages in its development, as cheaper and more effective diagnoses are beneficial for not just patients, but governments and health services too.

Could it really help to diagnose an asbestos-related lung cancer?

All signs currently point to ‘yes’. The study did not differentiate from the type of lung cancer each participant had, so it is likely that they each had different factors contributing to their cause of cancer.
Asbestos-related lung cancer is difficult to treat, but an early diagnosis can open up a wider choice of treatments and a potentially better prognosis.

The focus of treatments for mesothelioma is to attempt to stop the progress of the disease and, where possible, prolong the survival of the patient and improve their possible outcome. So the earlier it is diagnosed the sooner treatments can start.
Because mesothelioma is such a damaging and unique form of lung cancer, we suspect that it will need its own set of trials to give informative results regarding the effectiveness of a new test based on the temperature of the patient’s breath. As mesothelioma is located in the pleural lining of the lungs, it may affect the way results are read, or could even mean more delicate changes in temperature need to be detected.
Current funding for mesothelioma research is very sparse, but the disease affects many thousands of people in the UK and around the world every year. Any improvement in its treatments or diagnosis could be very beneficial to those affected by it, and especially those who would be diagnosed in the future.