Many asbestos lung cancer victims will now only be able to recover a fraction of the compensation that they are owned, following a Court of Appeal’s decision.

Asbestos specialist solicitors have been awaiting the Court of Appeal’s decision in the matter of ‘Heneghan v Manchester Docks and others’ due to its potential impact on those who are diagnosed with asbestos related lung cancer.

A mesothelioma sufferer can recover 100% of their damages for past exposure to asbestos during the course of employment from one company insurer, even if there are numerous defendants who have contributed to the person’s asbestos exposure. Mesothelioma is an aggressive and terminal type of cancer in the lining of the lungs caused in the vast majority of cases by breathing in asbestos fibres.

For any other asbestos related disease (for example, asbestosis or pleural thickening) the claimant can only recover damages from each employer according to the amount of asbestos they were exposure to during their employment with the company. This means that if they were exposed to asbestos while working for five companies but an insurer can be found for only one of those companies, they will only receive the equivalent damages for the exposure by that one company.

The Court of Appeal heard the issue as to whether asbestos lung cancer cases should be treated the same way as mesothelioma cases or the same as any other asbestos related disease, if there are multiple defendants. The court ruled that asbestos lung cancer cases should not be treated like mesothelioma cases and they will not be able to recover 100% of their damages from one company insurer. 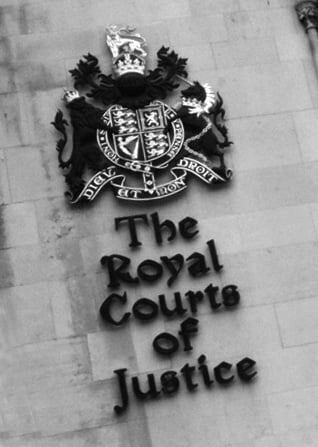 Colin Tunstall, from the National Asbestos Helpline, says: “We’re very disappointed with the Court of Appeal’s decision. Asbestos related lung cancers are difficult and complicated cases to investigate. Securing justice for victims when multiple employers have gone out of business and some or all insurers cannot be traced is not easy. And, even after a successful outcome, to be then told that a victim will only receive part of their damages is devastating.

“It was the initial failure of insurance companies to maintain adequate records that has already led to many asbestos victims dying uncompensated. Insurers gained financially from the premiums they received from employment liability policies sold in the past and through not having to pay out damages to asbestos victims due to their own failure to keep records.”

Craig Howell, partner and specialist in asbestos diseases at Birchall Blackburn Law, added: “Any right thinking person should regard this as a perverse decision because both mesothelioma and asbestos related lung cancer are terminal and caused by asbestos. The effect of the decision means asbestos lung cancer sufferers might only secure a fraction of their compensation, and thus only partial justice.

“It may be that the Government should once again step in to do something. When a decision in the case of Barker v Corus applied apportionment to mesothelioma cases, it was reversed by Section 3 of The Compensation Act 2006. Section 3 should be extended by parliament to cover asbestos lung cancer cases, so that sufferers and their families will get 100% damages.”

The facts of ‘Heneghan v Manchester Docks and others’

In November 2014, Professor Carl Heneghan brought the claim on behalf of the estate of his late father James Heneghan to the High Court. His father had been exposed to asbestos throughout his employment with six different defendants between 1961 and 1974. As a result, he contracted lung cancer and died in January 2013.

Unfortunately, due to the passage of time, some of the deceased’s earlier employers could not be claimed against due to lost records, untraceable insurance, and a lack of knowledge of precise dates. However, of the 10 companies identified, six could be pursued and held insurance cover for 35.2% of the deceased’s total asbestos exposure.

All six defendants admitted liability. Therefore the question for the court to decide was whether each defendant was liable for the damages in full, or only for a portion of the damages. To clarify, the claimant was arguing that his father’s estate should be paid in full (100%), whereas the defendants argued that they should only be liable to pay their share of cover (35.2%).

This was provided by Mr John Raper who considered the deceased’s employment with 10 employers where he had been exposure to asbestos. He calculated that the deceased had an aggregate asbestos dose of 133 fibres/ml a year. Out of the six defendants that were being sued, only 46.9 fibres/ml were due to them. He was able to calculate the apportionment between the six defendants separately.

It was argued on behalf of the claimant, supported by Dr Rudd’s evidence, that the he should be able to recover against each defendant in full, on the basis that each had made a material contribution to the deceased’s cancer.

The High Court gave judgement in favour of the defendant’s. The court noting that the claimant was not able to prove causation of actual injury against any defendant, despite this being an asbestos related lung cancer. All that could be proved was a contribution to risk.

There was a suggestion within the judgement that if a defendant holds responsibility for more than 50% of the overall dose, the claimant could recover in full against them, on the basis that it can be shown that they have caused the disease on the balance of probabilities.

The decision and the implications

Secondly, where none of the defendants are responsible for over 50% of the overall dose, the claimant must recover against each as per the employer’s contribution to the overall dose.

Following the Court of Appeal judgement, which has been handed down this week (February 15, 2016), the position remains the same. In other words, asbestos-related lung cancer is treated as a divisible disease. Each available employer making a material contribution to the overall asbestos exposure dose and (where the employer is unable to pay) each available insurer for each such employer should be pursued.