Disappointment and frustration has been expressed by campaigners, sufferers and their families following the Government’s decision to reduce the levy on employer’s liability insurers that funds the Diffuse Mesothelioma Payment Scheme.

The levy raised a £7.8 million surplus last year for the scheme, but instead of using it to compensate more asbestos sufferers or to put into medical research, the government has chosen to give it back to the insurers through the cut to the levy.

The Diffuse Mesothelioma Payment Scheme was introduced by Parliament in 2014 to compensate people, and their dependents, diagnosed with mesothelioma. Payments are made to those who have developed mesothelioma as a result of being exposed to asbestos during the course of their employment, but cannot seeking compensation because their previous employer has stopped trading and an insurer cannot be found.

The Scheme is funded by employer liability insurers who are required to pay the levy. At the time of the passage of the Mesothelioma Bill, the Government made a commitment to set a levy of at least 3% of gross employer’s premium on insurers to fund the Mesothelioma Scheme. 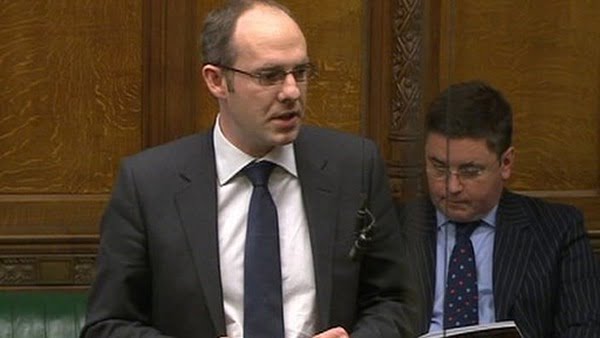 Mesothelioma can take between 10 and 50 years to develop after exposure to asbestos dust and fibres. This makes it difficult for victims to secure justice and compensation when their employer has gone out of business and no insurer can be traced. It was the failure of insurance companies to maintain adequate records that has led to many asbestos victims dying uncompensated. Insurers gained financially from the premiums they received from employment liability policies sold and through not having to pay out damages to asbestos victims due to their own failure to keep records.

Craig Howell, Partner and specialist in asbestos diseases at Birchall Blackburn Law, said: “Rather than being returned to insurers, the premium should be used to increase the payments to victims and their families. Awards from the scheme are often not as high as that for a civil claim, and often family members cannot claim, for example children. This money should be used to increase levels of compensation paid or it could fund research. Also, the scheme should be extended to other asbestos diseases caused by asbestos, such as lung cancer, asbestosis and pleural thickening.”

Colin Tunstall, from the National Asbestos Helpline, said: “The Association of British Insurers actually told the Government that insurers could afford to pay 3% without passing the costs on to customers. And Mike Penning, former Minister for Disabled People under the last Coalition government, stated in Parliament that 3% would be the figure set during the passage of the Mesothelioma Act 2014. Why has this changed? Think of the good that the £7.8m surplus could do for mesothelioma victims and research.”

Frances O’Grady, TUC General Secretary, said: “We are very disappointed that the mesothelioma levy is being reduced. Asbestos is the UK’s biggest workplace killer. Around 5,000 people die each year from mesothelioma and asbestos related lung cancer – 13 people for every day of the year. The government should maintain the levy at last year’s level and use any surplus to extend the compensation scheme to all victims of asbestos or for research into treatment.”

Throughout 2014, figures from the National Cancer Research Institute show that just £820,000 was invested into mesothelioma research. This number is significantly lower than the £9.9 million and £5.3 million spent respectively on the skin cancers melanoma and myeloma, which are two forms of skin cancer with a similar mortality rate. Per death, £3,700 is invested for skin cancer, whereas for mesothelioma it is only £480. The £7.8m surplus levy from the Mesothelioma Scheme would have a major impact on medical research into mesothelioma and ultimately on sufferer’s lives.

Based on the latest projections of annual mesothelioma deaths by the Health and Safety Executive (HSE), the Department of Work and Pensions predicts that 53,000 people in the UK will die over the 25-year period (2013-2037) as a result of developing the deadly lung cancer, mesothelioma. Mike Kane, Labour MP for Wythenshawe and Sale East, while tabling his Mesothelioma (Amendment) Bill under the ten minute rule motion, quoted a figure of about 60,000 deaths from mesothelioma in the next 30 years.

Graham Dring, Chair of the Asbestos Victims Support Groups’ Forum UK, said: “The Government has missed a golden opportunity to implement necessary improvements to this scheme. One of the reasons the fund was underspent last year was because of the decision to pay only 80% of average civil compensation to mesothelioma victims diagnosed before 10 February 2015.

“The levy on insurers announced yesterday represents about 1.7% of the premiums they raise from Employer Liability insurance policies they sell, down from the 2.2% they paid last year. If the levy had been set at the 3% figure promised by the Government in 2014 all applicants could have been paid compensation in full from the start of the scheme. There would also be enough money left over to compensate victims of other asbestos diseases unable to trace a former employer or their insurer.

“It is time the Government stopped prioritising the financial interests of insurers over justice for asbestos victims. They should set a levy at the rate the insurers have already said they can afford, compensate fully those applicants who only received 80% compensation and make arrangements to compensate all asbestos victims whose lives have been ruined by their employer’s negligence and Government failure to ban asbestos until decades after the dangers were known.”