A grieving daughter is asking for help from anyone who left Merseyside in the 1960s to find work with British Insulated Callender’s Cables (BICC) Limited in South East London, and may have come into contact with asbestos.

Ralph Collier, known as Ron to friends and colleagues, died in November of last year from mesothelioma, an aggressive and incurable lung cancer caused by exposure to asbestos dust. 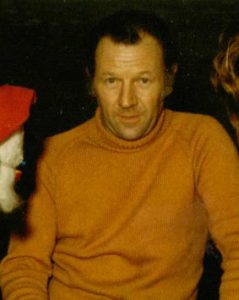 He may have been exposed to the deadly dust while working for BICC, and it is hoped that other Merseysiders who moved to London with the company could help identify when and where.

Ron was born Ralph John Mills in Wallasey in 1928 and lived in Wirral until he was in his thirties. He changed his name to Collier before leaving the North West. Ron was a welder for most of his life and in the 1960s he followed the work south to BICC’s operations in Erith within the London Borough of Bexley.

BICC was a large employer in the North West of England. It had operations across the region and other people from Merseyside may have been asked to move to London to work for BICC at a similar time to Ron.

His step-daughter, Virginia Spring, is working with the National Asbestos Helpline to establish where Ron was exposed to the deadly asbestos dust.

She says: “My dad loved Wirral and Liverpool, and I think that he only came to South East London because BICC offered him work. Perhaps other people from the area may have come down here too and might have information about how he was exposed to asbestos.

“Dad was 85 but he was still fit and active. He still went out and about getting the train to bingo, playing darts for the South Benfleet Social Club, coming to us for dinner, still doing all his own shopping. It all came to an end because of asbestos. I know he had many more years left in him, if he hadn’t contracted this terrible disease.

“We knew nothing about asbestos or its horrible consequences. When we were told by the specialist we just couldn’t believe it. But then when we looked into dad’s life and work it suddenly made sense.”

Once Ron was diagnosed with mesothelioma it took just three months to take his life.

Ron married Virginia’s mum, Vera Amy Lilian Baldwin, in 1972 and Virginia cannot remember him ever being ill until the mesothelioma took hold of him.

She says: “During his life he suffered no ill health. When he went to see the chest consultant he was told that, except for the asbestos, he was in fine knick for an 85-year-old. I always used to say to him that I wished I had his genes because there was never anything wrong with him – it was such a shock – we thought we’d have him for another 20 years.”

It has been a devastating year for Virginia and her family. She lost her husband to cancer in April 2013 at the age of 59 and then her dad in November.

Virginia says: “Cancer just seems to be so prevalent at the moment. If you, a loved-one or your friends escape it, then it’s a miracle. And the people left behind just have to get on with it.”

If you, a friend or family member worked for BICC in London during the 1960s and have information about the presence of asbestos dust, you could help Ron gain justice and secure his family’s future.