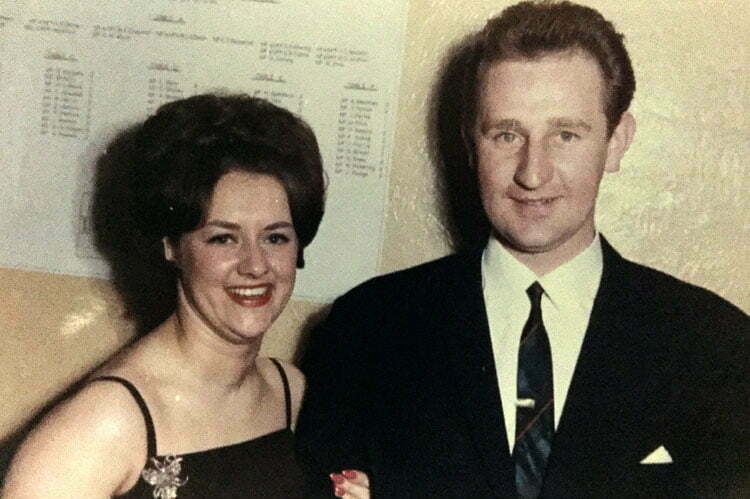 Following the death of their mother from an aggressive asbestos-related lung cancer, a grieving family is asking for help from people who worked for George Wimpey & Co Ltd on the Isle of Grain in the 1960s.

Janet May Winchester, from Bean in Dartford, died on September 15, 2018, from mesothelioma. This is a terminal lung cancer caused by asbestos dust and fibres in the lungs.

Mrs Winchester’s family is asking anyone who might have worked alongside her at George Wimpey & Co Ltd, if they have any information about the working conditions and the presence of asbestos dust and fibres at East Street 1, Oil Refinery Site, Isle of Grain during the 1960s, to contact the National Asbestos Helpline.

The Isle of Grain was the site of an oil refinery that processed 10 million tons of crude oil a year at its peak. It fuelled the near-by Grain Power Station which was the largest oil-fired power station in Europe at the time. Asbestos was used widely throughout the processes and construction of this industry because of its insulating and fireproof properties.

Mrs Winchester had a clerical job within the oil refinery site from 1962 until 1968 when she left to have the first of her three children.

Only three months before her death at the age of 80, the grandmother of seven was still active and jet washing her patio, painting walls and up ladders. Mrs Winchester started to fall ill in July of 2018 and died after suffering a lot of pain, distress and hallucinations.

Following an inquest on October 10, 2018, at Maidstone’s County Hall, senior coroner Roger Linton Hatch confirmed that Mrs Winchester died from an industrial disease as a result of malignant sarcomatoid mesothelioma.

Holly Collier, Mrs Winchester’s daughter from Burham, says: “We were told it was asbestos-related just days before she died. When we found out that her death was caused by asbestos, we were all very shocked and very, very angry. We feel that she would have lived another ten years or more as her mother and grandmother both lived well into their 90’s. We all feel cheated. We were very shocked when she suddenly became unwell as she played a big role in all of our lives. Mum would still be with us now if it wasn’t for the asbestos.”

With the help of the National Asbestos Helpline, Mrs Winchester’s family is making an industrial disease compensation claim for her pain, suffering and death from mesothelioma.

Jan Garvey, from the National Asbestos Helpline, says: “Asbestos diseases, such as the devastating cancer mesothelioma, take decades to develop. After such a long time it can be difficult to confirm where and when exposure to asbestos dust occurred, which is why we need the help of people who worked at George Wimpey & Co Ltd at the oil refinery site on the Isle of Grain.

“Did you have a clerical or administrative job? Did you work with Janet May Winchester? What were your working conditions like? Were you aware of asbestos that was disturbed and airborne at any of your worksites? Please get in touch if you have any memories of your time working at George Wimpey & Co Ltd’s oil refinery site.”

Mesothelioma is caused by breathing in asbestos dust fibres. The fibres can get permanently lodged in the lining of the lungs and over time damage the cells enough to develop mesothelioma. It is widely acknowledged that potentially a single asbestos fibre can cause the terminal disease.

Jan says: “Mesothelioma is a cruel and aggressive lung cancer. To watch someone you love deteriorate so quickly must be heartbreaking. The cancer is devastating a generation of working people who go on to face a terrible illness. More needs to be done to help people and their families impacted by mesothelioma.”

Anyone who has information about asbestos at George Wimpey & Co Ltd in East Street on the Isle of Grain during the 1960s please get in touch with Jan Garvey at the National Asbestos Helpline on freephone 0800 043 6635. Alternatively, email jan@nationalasbestos.co.uk. Your details will remain confidential.

What will an experienced mesothelioma lawyer do?