The recent High Court decision in the case of Heneghan v Manchester Dry Docks will mean that asbestos lung cancer victims will not receive as much compensation as mesothelioma victims.

Any right thinking person should regard this as perverse because both diseases are terminal lung cancers caused by asbestos.

The effect of the decision in Heneghan means asbestos lung cancer sufferers might only secure a fraction of their compensation, and thus only partial justice. 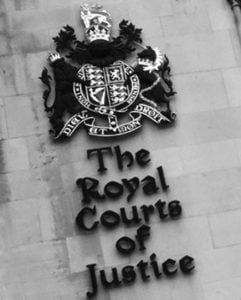 James Leo Heneghan died aged 76 in January 2013 after developing lung cancer following years of exposure to asbestos dust at work. He was employed in a number of places during the 1960s and 1970s, including Trafford Park, Withington Hospital, a Yorkshire hospital and an oil refinery in Carrington.

Mr Heneghan’s case was brought against six companies that he had worked for between 1961 and 1974. All six companies accepted that he had been exposed to asbestos dust and that the exposure caused his lung cancer. It was agreed that the total amount of damages should be £175,000.

But the six defendants contended that they should pay a portion of the compensation each. They argued that it could only be proved that each company contributed to the risk and not the actual cause of Mr Heneghan’s lung cancer. Mr Justice Jay agreed and applied the Fairchild v Glenhaven Funeral Services Ltd principle to liability in a multi-party lung cancer case. Each defendant is only liable for the portion of the damages for which they materially increased the risk of Mr Heneghan’s lung cancer, consistent with Barker v Corus, and not the full £175,000.

The decision of Barker v Corus in 2006 resulted in a fierce political backlash by workers, families, trade unions, and MPs because it undermined full compensation for hard working people and their families in mesothelioma cases. The Compensation Act 2006 was introduced to reverse the ruling, but only in cases of mesothelioma. It means asbestos lung cancer victims are left with reduced justice if their former employers are insolvent and insurers cannot be found – they will only recover part of their damages.

The High Court has given permission for the decision in Heneghan v Manchester Dry Docks to be considered in the Court of Appeal. Until the appeal is heard many asbestos lung cancer victims bringing a case against multiple ex-employers will remain in limbo.

And if Court of Appeal does not reverse the decision of the High Court, will the government do what is right and step in to extend the Compensation Act 2006 to asbestos lung cancer? Or will they add to the on-going injustice by not acting?

What is the difference between mesothelioma and asbestos lung cancer?

Mesothelioma is an incurable and aggressive cancer that affects the lining of the lungs. Less commonly it can affect the lining of the abdomen and heart. When the cancer develops in the chest is occurs in the pleura. This is the thin lining that covers the inside of the rib cage and the outside of the lungs. The average life expectancy for a mesothelioma patient ranges from four to 18 months. Around 40 per cent of patients survive one year, while 20 per cent live past two years.

Nearly all mesotheliomas are caused by exposure to asbestos dust. Research studies suggest that in some people breathing only a few asbestos fibres can lead to the development of mesothelioma.

Lung cancer is one of the most common types of cancer. It is the uncontrolled growth of abnormal cells that do not develop into healthy lung tissue, but divide rapidly and form tumours.

If inhaled, asbestos fibres become trapped in the lungs. Over long periods of time, the fibres accumulate and cause inflammation and scarring. After many years, sometimes decades, the fibres cause enough irritation and cellular damage to generate tumours.

Patients with asbestos-related lung cancer have a similar life expectancy as patients with lung cancer caused by smoking. Survival rates can depend on elements such as age, cancer stage, tumour size and response to treatment.