The son of a former British Rail worker who died of an asbestos-related cancer is appealing to his father’s former colleagues to come forward in the hope they have information about where he was exposed to the deadly dust.

George Battersby, age 78 from Dukinfield, died in August 2012 after being diagnosed with mesothelioma, an aggressive cancer that develops in the lining of the lungs after exposure to asbestos dust and fibres. 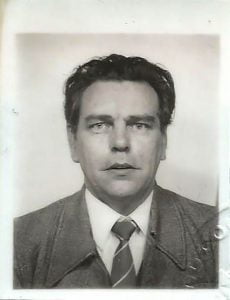 Following George’s death, his son Paul has taken on the battle for justice. With the help of the National Asbestos Helpline, Paul is asking former British Rail workers if they have information about the use of asbestos in railway carriages and signal boxes in Ashton-under-Lyne, Denton, Stalybridge and Dukinfield between 1949 and 1989.

George may have been exposed to asbestos dust and fibres as a young chain boy working for carriage and wagon works in Dukinfield. Blue asbestos was routinely sprayed like paint on to entire train carriages to fireproof and insulate them. It was generally the job of the young apprentices to spray the interiors of the carriages and clean up the asbestos dust at the end of the working day. British Rail did not begin issuing protective clothing to workers until the 1980s, so apprentices would have inhaled substantial amounts of the toxic fumes from the sprays.

George would have also been exposed when working as a signal man on the Greater Manchester railways. Asbestos was widely distributed on the railway network’s signal boxes, depots and outbuildings. It was also used to insulate signalling and other left over equipment outside the railway line.

Paul says: “It’s a terrible cancer that cut short my dad’s retirement after a lifetime of service to the rail industry. By the end his right lung had been replaced by the tumour and had encased his heart. He could hardly breathe and was on morphine for the pain.

“We’re hoping that someone who remembers the working conditions on the railways – and possibly remembers George Battersby – can come forward to help. We know that many former British Rail workers will also be suffering with asbestos-related illness and will want justice too.”

Anyone with information about the use of asbestos in signal boxes in Ashton-under-Lyne, Denton, Stalybridge and Dukinfield between 1949 and 1989, should contact Jan Garvey at the National Asbestos Helpline on freephone 0800 043 6635 or email jan@nationalasbestos.co.uk. Your details will remain confidential.