It has recently been reported that Australian scientists have developed a new nano-cell biotechnology which has been used to almost entirely remove the asbestos-related cancer, mesothelioma, from a man during a clinical trial. 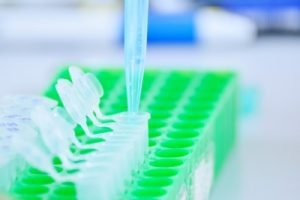 Mesothelioma, an asbestos-related cancer which attacks the lining of the lungs, is caused by an exposure to asbestos dust and fibres.

It is considered one of the most difficult cancers to treat, and conventional treatments can only slow the cancer’s progress.

How many people does mesothelioma affect?

There are about five times as many cases of mesothelioma in men as there are in women. This is most likely because the majority of cases are found in an older generation of skilled and manual workmen who were exposed to asbestos dust and fibres during their working life.

Scientists from the Chris O’Brian Lifehouse Centre have published a case report of a patient whose asbestos-related mesothelioma has almost entirely disappeared after a course of drugs given to him during a clinical trial.

The researchers from Australia are being cautiously optimistic after using nano-cells to achieve what could be one of the most significant breakthroughs in asbestos-related cancer treatment for over 10 years.

Bradley Selman was one of ten patients involved in a clinical trial of a new treatment that uses very small genes known as microRNA to combat and inhibit tumour growth.

These genes were transported to the cancerous mesothelioma cells in the lung using nano-cells.

The nano-cells have been described as a “Trojan horse”, a sort of delivery vehicle for the microRNA inside.

Associate Professor Glen Reid from the Asbestos Disease Research Institute (ADRI) said: “You can package basically anything in there that you like, so a chemotherapy drug – or in our case a mini-gene – and then it is injected into the body.”

Once inside the lung, the nano-cells inject the microRNA into the affected lung tissue to inhibit the tumour growth.

Mr Selman’s oncologist, Dr Steven Kao, said he was surprised how well the treatment had worked on his patient.

He said: “He had this quite amazing response where a lot of the cancer cannot be seen on his scans.”

Researchers have emphasised that M. Selman was the only patient to respond so well to the trial.

The nine other patents either remained at a similar or stable condition, or their health continued to decline. It is unknown how long the treatment will work for, or if it will even work on others.