The National Asbestos Helpline receives more than 3,000 calls a year regarding asbestos related problems and diseases.

Many people get in touch with us after they have unfortunately been diagnosed with an asbestos related condition, such as mesothelioma, lung cancer, pleural thickening, asbestosis or pleural plaques. They tell us heart-breaking and emotional accounts of their working life, how they came into contact with the deadly mineral, and the devastating affect it is having on their lives.

We talk to these people every day and hear their accounts of what has cruelly happened to them. Some of them have kindly allowed us to retell their stories on our website. You can find these testimonies within our case study section, which offers readers an insight into the widespread use of asbestos and the naïve – and often deliberate – way safety concerns were ignored when dealing with the deadly material. 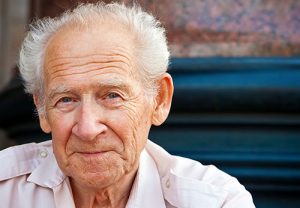 Who is at risk of exposure to asbestos?

We hear from people exposed to asbestos in their workplace, their communities, or even their homes. If products containing asbestos are disturbed, tiny asbestos fibres are released into the air. When asbestos fibres are breathed in, they may get trapped in the lungs and remain there for a long time. Over time, these fibres can accumulate and cause scarring and inflammation, which can affect breathing and lead to serious health problems.

People who become ill from asbestos are usually those who are exposed to it on a regular basis, most often in a job where they worked directly with the material or through substantial environmental contact.

We speak to many different types of workers but some trades were more at risk from coming into contact with asbestos dust and fibres. It is the people who have worked in these high risk trades that we talk to the most. The trades include:

This list is not exclusive. Asbestos dust can spread around jobsites easily and expose people who never handled asbestos directly. Even worse, workers could bring the dust home on their clothes, hair or tools, which could place their families at risk of secondary exposure, which can be just as deadly.

Asbestos victims tell their stories in our case study section

Our case studies section tells many stories of how people came into contact with asbestos dust and fibres, their working conditions, how they were diagnosed and how we helped them make a claim for compensation. 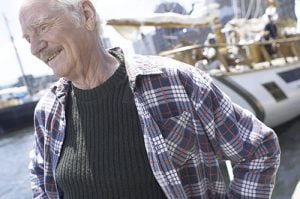 We have helped many people from various trades, such as joiners, plumbers, engineers, electricians, laggers, and even doctors and teachers.

People tell us how they used to work with asbestos for hours on end, day after day. Some of them would handle masses of wet asbestos, moulding it into corrugated sheets to be used for roofing and trim them down using a sanding belt. Their work would send the deadly asbestos dust and fibres into the air around them, exposing others they worked with.

One example of secondary exposure within our case studies is a lady who developed mesothelioma as a result of her husband’s work as a caretaker at a block of flats.  She washed her husband’s dusty overalls every night following his return from work. The dust was asbestos and by handling and washing the work clothes she was exposed to it ‘second hand’. This is sometimes called ‘shakedown’ exposure.

We also have a testimony from an electrician who told us how he and his colleagues would shape asbestos dust into balls during their lunch breaks to play football. They would kick the clumps of asbestos around a Great Western Railways site, innocently spreading the dust and fibres.

A plumber told us how he had been exposed to asbestos during his 20 years of employment within a hospital. One of his main roles was to make repairs on pipework around the building, and he would frequently have to remove the asbestos insulation from the pipes to undertake repairs.

Another told us how, when he worked as a heating and plumbing engineer, he was exposed to asbestos dust by working close to laggers. A lagger was a term used to describe workers who coated piping and surfaces with asbestos for insulation purposes. He also carried out repairs to pipes and boilers himself.  He told us that most of the time, when stripping asbestos, he looked like a snowman. The exposure led to him developing mesothelioma, which is an aggressive and terminal lung cancer caused by asbestos dust and fibres.

Whoever we speak to, we are constantly reminded of people’s strength, courage and stoicism in the face of life changing, often devastating, news about their health. It is a privilege to be able to support these forgotten workers and help them claim some justice, benefits and compensation for what has been done to them.

We have many more stories from the people affected by the deadly asbestos legacy. You can read more of them on The National Asbestos Case Studies page.