More than 65 per cent of the 3,000 calls the National Asbestos Helpline receives a year are from wives, partners, daughters and concerned friends, not from the men directly suffering as a consequence of exposure to asbestos dust.
It is yet another statistic that backs-up the British male stereotype and his unwillingness to seek help until it is absolutely, completely and unavoidably necessary. It is a source of humour that a man will never ask for directions, but it is no laughing matter if those ‘directions’ could improve his quality of life during a serious illness – and in some cases save the man’s life. 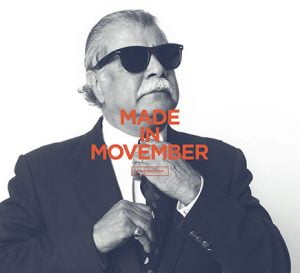 There is plenty of research to support our experience of stoic male stubbornness. According to the National Pharmacy Association (NPA), men are much less willing than women to consult health professionals. The research found that nearly nine in ten men do not like to trouble a doctor or pharmacist unless they have a serious problem.
This traditional ‘stiff-upper lip’ approach to health can be especially deadly if the problem turns out to be cancer. An asbestos-related lung cancer can take 10 to 50 years to develop and the symptoms only become apparent at a late stage, when time is running out. Even when the symptoms do develop they can be ambiguous, like a persistent cough, breathlessness, general tiredness and loss of weight. A ‘macho man’ would never waste their GP’s time with such trifling complaints.
Researchers at King’s College London and University College London surveyed nearly 40,000 people aged 50 and older from Australia, Canada, Denmark, Norway, Sweden and Britain. They found there was little difference in the awareness of cancer symptoms, yet the British were less likely to act on them. One in three people in Britain were worried about wasting the doctor’s time compared with less than one in ten in Sweden. One in six Britons were embarrassed about going to the doctor with a symptom that might be serious compared with one in 17 in Denmark.
There are many other documented reasons for a man’s reluctance to seek help with health. It could be the non-masculine environment within most clinical settings; a lack of vocabulary to be able to talk about health issues; working hours make it difficult to go to the GP; denial; or they find talking about themselves embarrassing.
We know all too well the attitudes of men aged 50 and over. Asbestos-related conditions – like mesothelioma, lung cancer, asbestosis and pleural thickening – develop decades after exposure to the deadly dust so the vast majority of the people we help are retired and in the later stages of life. It is a generation of men brought up on old fashioned perceptions of what it is to be tough, brave and independent. It was seen as a weakness to show pain or emotion. From age-old misconceptions, men were expected to remain calm and stoically bear their symptoms (Jeffries & Grogan (2011) T and F Online: Young men’s talk of self-referral to primary healthcare services). It is a generation that is less likely to know their rights as patients and to question a doctor’s diagnosis or advice.
You just have to look at the macho, fast-moving, hard-drinking, womanising and swaggering role models of the past, such as Steve McQueen, to know that this generation are not likely to call us up to discuss their breathlessness, ‘make a fuss’ over their work history or claim compensation from a ‘loyal’ employer. It is ironic that McQueen died from complications following surgery for mesothelioma.
We find it frustrating because this is the generation of men let down, deliberately or through neglect, by the asbestos industry, employers and the government.
Whatever the social and cultural reasons for men not speaking out about issues around their health or rights, we need to change attitudes with more campaigns educating men about their health and how dangerous it is to delay going to see their GP.
There is already some fantastic – and pitch-perfect – work going on to do this. 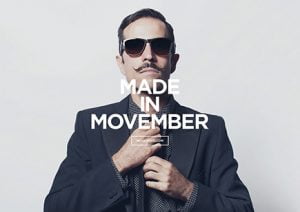 Take, for instance, Movember. The Movember Foundation is the leading global organisation committed to changing the face of men’s health by challenging men to grow moustaches during November to raise funds and spark conversations about prostate cancer, testicular cancer and mental health problems. More than four million Mo Bros and Mo Sistas support the annual campaign and it has raised £345 million and funded over 800 programmes in 21 countries. Using the moustache as a catalyst for conversation was genius and gives men the opportunity to learn and talk about their health more openly and encourages men to take action. The campaign is successful because it involves humour and takes health issues out of the clinical environment and gets men talking in the pub and on the terraces, which is their natural habitat.

Similarly, The Orchid Charity and Slaters Menswear also ran a great campaign during October called Dress Up Fridays. Each Friday in October, Slaters – in support of The Orchid Cancer Appeal – asked men across the UK to look smart, think smart and act smart to raise awareness of male cancers. Testicular cancer is the most common cancer in men aged 15-45 with over 2,100 new cases in the UK every year and these numbers are on the increase, but if caught early, 98% of men make a full recovery. To take part men just had to dress up dapper on a Friday for work and post a photograph of themselves on social media. It was a brilliantly simple and engaging campaign that again encouraged men to discuss health issues outside the clinical environment. It is about dressing smart, thinking smart and acting smart by self-examining and going to see a GP if things are not right. Hopefully Slater Menswear and The Orchid Charity will be smart and run the campaign again in 2015.
We need more clever awareness and education campaigns like these to get through to the hardboiled macho man to encourage him to talk about health and get help before it is too late.
If you think we can help or would like more information about asbestos compensation please don’t hesitate to click on the relevant button below…