On its own, asbestos can lead to the development of multiple cancers and diseases, including asbestosis, lung cancer and mesothelioma. However, research has determined that smoking and asbestos have a synergistic effect with each other, and have a multiplicative effect in increasing the risks of getting lung cancer. 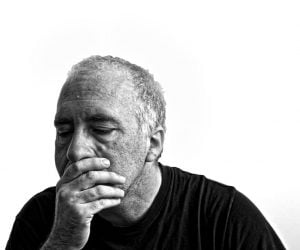 How asbestos affects the lungs

Inhaled asbestos fibres penetrate the lining of the lungs. The lungs are adept at removing fibres, but due to the size and shape of them, asbestos fibres are not easy to remove. They get caught and lodged in the lining, sometimes tearing it as your lungs are trying to push them out. Overtime, the asbestos fibres aggravate the lung tissue enough for cell mutation to occur and for the tumour to form.

Asbestos-related cancer takes many years to develop. Most cases of lung cancer or asbestosis in asbestos workers occur 10 or more years after initial exposure to asbestos, but can take up to 50 years for symptoms to arise.

How smoking affects the lungs

Smoking is a known carcinogenic, as the inhalation of its toxic chemical contaminants causes severe damage to the lungs and other parts of the respiratory system, and can eventually lead to cancer.

Research demonstrates that there is a multiplicative effect between asbestos, smoking and lung cancer. This means that the damage caused by a combination of these two risk factors is greater than that caused by either smoking or asbestos exposure alone.

One study, published in the American Journal of Respiratory and Critical Care Medicine, analysed data sets of over 450 patients who were diagnosed with lung cancer at stage 1 or 2. Factoring in potential modifiers like age, race and smoking history, researchers determined that a direct association between increased risks of lung cancer development among smokers who were also exposed to asbestos.

Researchers found that people who smoke and have had asbestos exposure are between 50 and 90 times more likely to develop lung cancer compared to their smoker counterparts with no such exposure to asbestos.