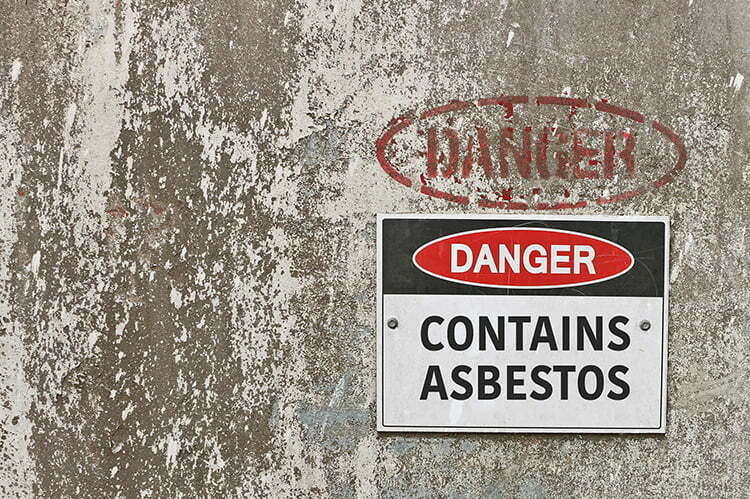 Asbestos in schools – does it pose a danger?

Do you know if there is asbestos in your child’s school? Do you know where it is, and if it could be a danger?

The National Education Union (NEU – formerly the National Union of Teachers) has raised concerns about a “ticking time-bomb” in school buildings.

What is being done to protect teachers and pupils?

The dangers of asbestos have been well documented in recent years. The material was fully banned across the UK in 1999, but prior to this was regularly used in construction and industry, including the construction of many schools built between the 1950s and 1980s.

According to the NEU, more than 200 teachers have died in the UK since 2001 from mesothelioma, an asbestos-related cancer that affects the linings of the lungs and abdomen (called the pleura and peritoneum, respectively).

It is also believed that for every teacher death, nine pupils are likely to also die from an asbestos-related disease.

Mesothelioma is only known to be caused by the inhalation of asbestos dust and fibres, and the cancer usually takes 10 – 50 years to develop after exposure.

Government research has found that children exposed to asbestos are five times more likely to develop mesothelioma than adults exposed when they are 30.

Despite the risks, schools have no legal obligation to tell parents if their premises contain asbestos.

The Health & Safety Executive has stated that, if properly managed, asbestos presents a “low risk” to people in school buildings as long as it is not disturbed.

But campaigners point out that asbestos lurking in ceilings, walls and pipework could easily be disturbed by a desk or chair knocking against it.

Research by the BBC has found that over half of schools in the North West are known to contain asbestos, but local authorities do not know if another 44% of schools also contain the dangerous material.

The cost is worth paying

Peter Middleman is a representative of the NEU in the North West.

He has said: “If you start from a position that asbestos causes cancer in children, or children who are exposed to asbestos go on to get cancer in later life, then your starting position needs to be that it’s removed as a priority.

“They’re paying £7bn to renovate the House of Commons, another £150m to renovate the Royal Palaces. It would take £13bn to get schools up to a satisfactory standard without removing asbestos.

“It’ll cost more to do it properly but we think it’s worth paying. The powers that be have an obligation to ensure this isn’t a ticking time-bomb.”

A survey made by the NEU in 2017, then the NUT, found that only 46% of teachers had been told if their school contained asbestos.

Mr Middleman said he acknowledged schools are under financial pressure, but said that “knowledge is power.”

The Health & Safety Executive requires all employers to notify them if asbestos is released and “sufficient to cause potential damage to the health of any person”.

They have received an average of 40 reports from schools each year for the past 5 years.

The government has said it has invested £5.6 billion in the maintenance of school buildings since 2015, which could have been used to fund the removal of asbestos.

A spokesperson for the government said: “We expect all local authorities and academy trusts to have robust plans in place to safely manage asbestos in buildings, and provide detailed guidance for them on doing so.

“We have also recently launched the new Asbestos Management Assurance Process to make sure they are following these requirements.”

A government report last year warned that one in five schools did not comply with safety procedures on asbestos.

If you or a loved one is ever diagnosed with mesothelioma or another asbestos-related condition, or you are worried about asbestos exposure, don’t hesitate to get in touch with the National Asbestos Helpline. We’re here to help you with advice about your condition and can also advise on any benefits and/ or compensation you might be entitled to. Call us on Freephone 0800 043 6635, or email enquiries@nationalasbestos.co.uk.