An asbestos victim needs former factory workers to confirm how asbestos was used in the manufacture of batteries before and after World War II at a factory within the Dagenham Docks.

Former RAF maintenance and repair engineer, Gerald Palmer, has been told that he has a terminal lung cancer called mesothelioma, which is caused by breathing in asbestos dust and fibres. 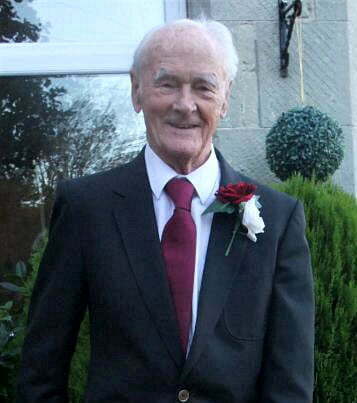 Mr Palmer (who is known as Gerry) developed the lung cancer after being exposed to asbestos while working for Pritchett & Gold, which later became part of the Chloride Group, in Dagenham Docks.

Pritchett & Gold was a well-known employer in the local area and manufactured batteries for aircraft, submarines and the automotive industry.

The National Asbestos Helpline and Birchall Blackburn Law is working with Mr Palmer to trace former Pritchett & Gold workers to help him and his family make an industrial disease compensation claim to secure justice and the care that he needs.

Pritchett & Gold used asbestos in the manufacture of their batteries including the battery casings. The deadly material was mixed with pitch inside large drums on the premises then poured into moulds and dried in ovens.

Helen Bradley, an industrial disease specialist and partner with Birchall Blackburn Law, says: “Mesothelioma takes decades to develop and after such a long time it can be difficult to uncover the evidence needed to confirm where and when exposure to asbestos dust occurred, which is why we need the help of former Pritchett & Gold workers. We’re hoping they can provide more details about the use of asbestos in the battery manufacturing process during the 1940s and 1950s.”

Mr Palmer was born in 1920 and he has two children from his previous marriage to Lillian, who sadly died at the age of 57. Now a great grandfather, he currently lives in Watford with his second wife of more than 35 years, Ruth. The couple still live independently in their own home after an active lifetime of gardening, golf, dancing and skiing. Until recently Mr Palmer had been in good health.

He says: “The whole thing has come as a great shock to me as I have never had any major health concerns. It has left me feeling tired and I’m suffering from increasing shortness of breath.”

John Palmer, Mr Palmer’s son, says: “I put his breathlessness down to old age but then I noticed I could hear him struggling for breath when he was just sitting in his chair. That was the fluid building up in his chest and he later had a litre drained from his lungs in hospital. I can’t recollect my dad ever being in hospital and he said to me that he’s never been in hospital before. It’s alien to him.”

Jan Garvey, from the National Asbestos Helpline, says: “Mesothelioma is a cruel and aggressive lung cancer. It is devastating a generation of people who have worked hard all their lives. Not enough is being done by the government and insurance companies to help victims and their families – and we need more funding for research into more effective treatments for mesothelioma.”

Anyone who knows about the process of manufacturing batteries and the use of asbestos within Pritchett & Gold in Dagenham during the 1940s and 1950s, please call Helen Bradley on 0161 238 5637 or email hxbradley@birchallblackburn.co.uk. Your details will remain confidential.