Sue Stephan, a Frodsham local and coordinator of the West Cheshire Interstitial Lung Disease Group, has raised an amazing £86 after bringing a global awareness event for Interstitial Pulmonary Fibrosis (IPF) to her small town in Cheshire. 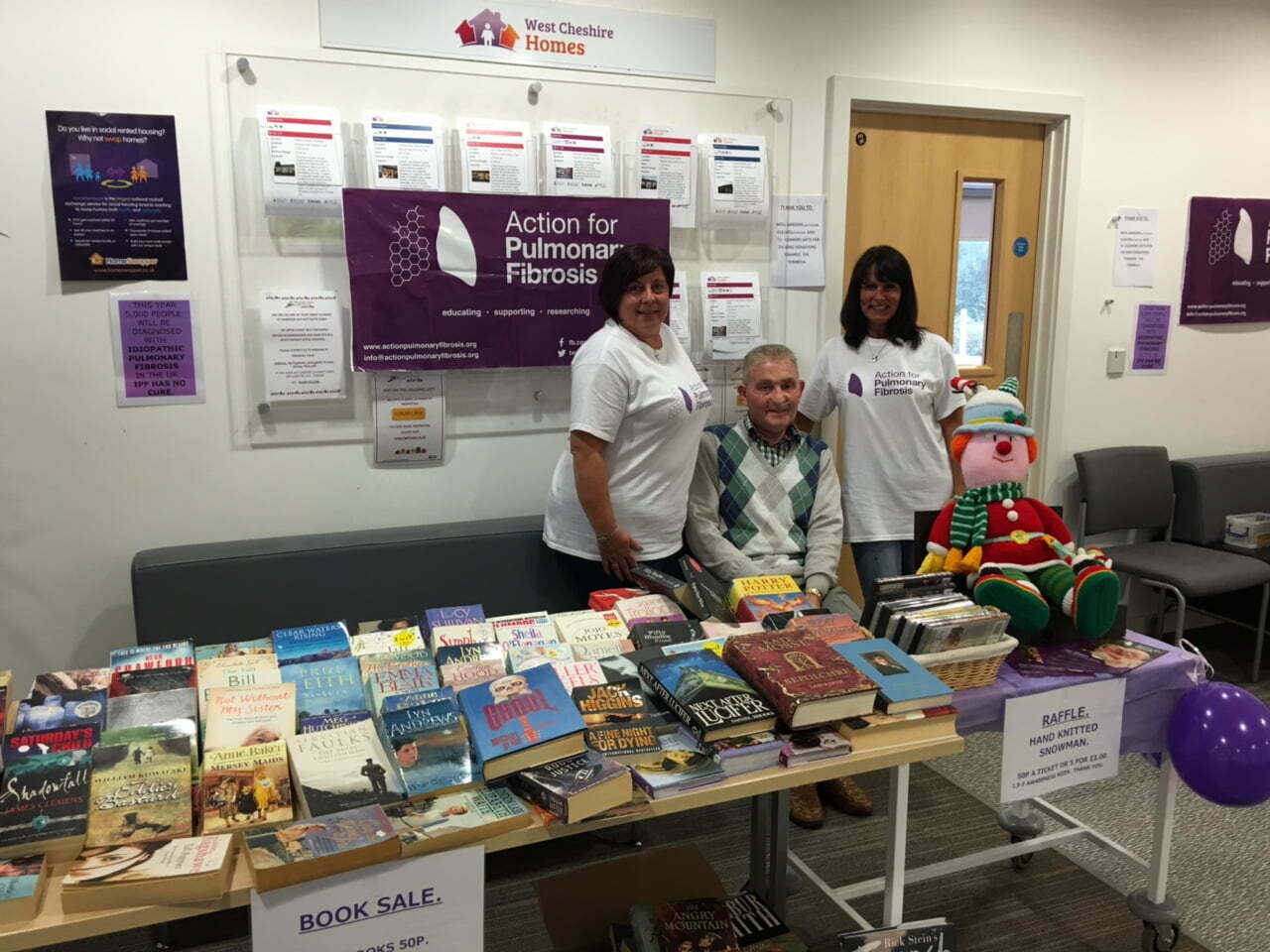 On Monday, September 19th, Sue Stephan organised a fundraiser to help spread awareness of IPF and other interstitial lung diseases.

The event was part of IPF World Week, a global initiative set up to help raise money and awareness for those affected by IPF. Sue raised money by hosting a tombola, book sale and a raffle at her local health clinic in Frodsham, where she also runs the West Cheshire Interstitial Lung Disease Group once a month. 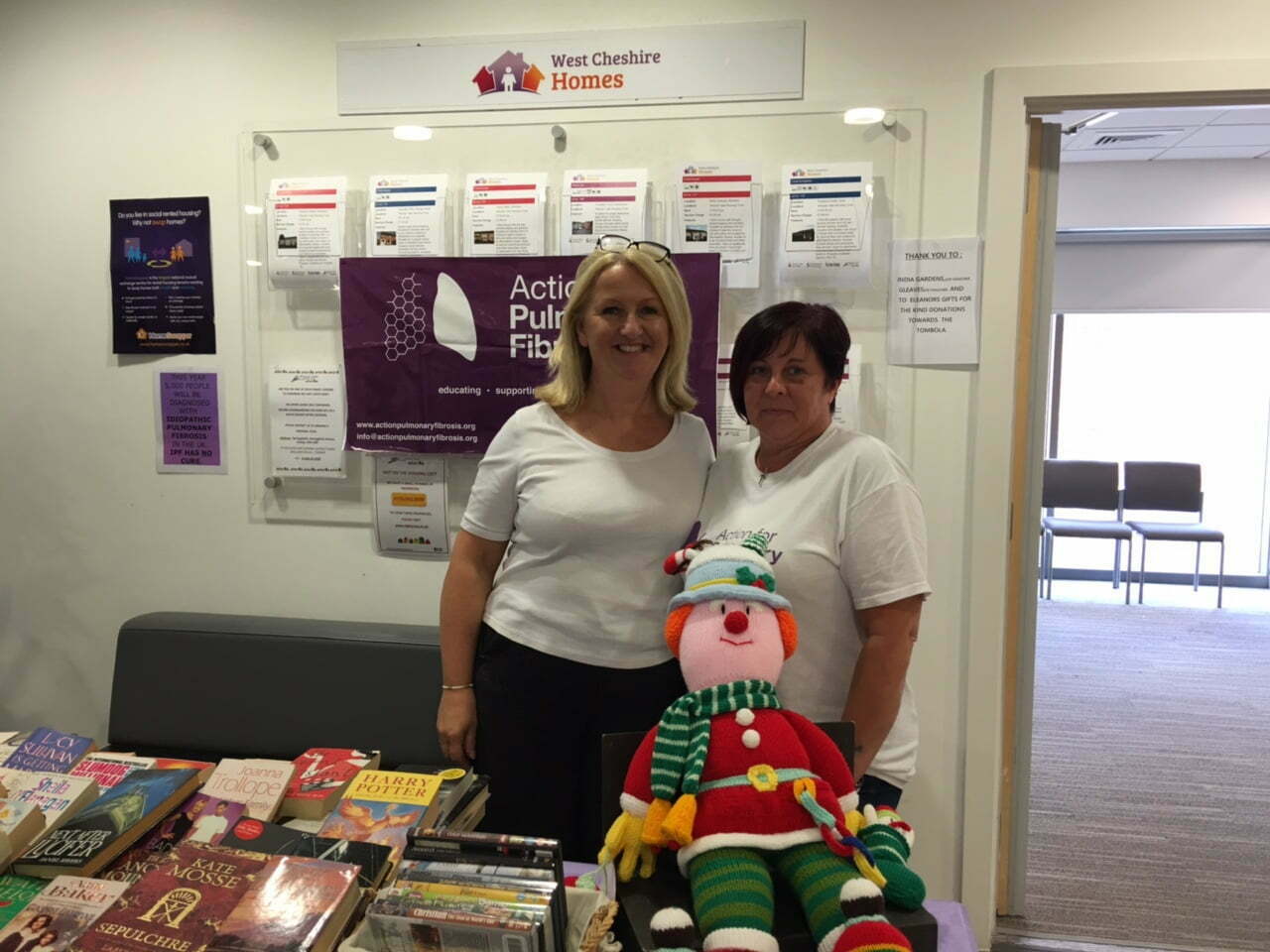 Sue set up the group after her mother was diagnosed with IPF, and had to look after her for several years as the lung disease gradually worsened, until her mother’s death in 2014.

Sue says: “Mum got a real buzz from the group. It’s very hard to get out and meet people when you’re carrying an oxygen tank around to help you breathe. It gave us a chance to talk to other people about how you cope, oxygen safety and literally everything else. She always had a laugh with everyone at the meetings.” 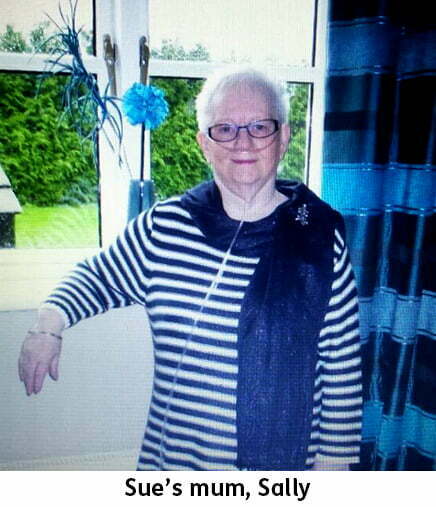 IPF is an interstitial lung disease, meaning that the cause of its development is not known. Across the UK, IPF affects around 32,500 people. It is a progressive and generally fatal disease that scars the lungs and thickens the organ’s lining to the point where the tissue is no longer able to transport oxygen around the body and the sufferer cannot breathe.

The West Cheshire Interstitial Lung Disease group is held on the second Tuesday of each month at the Princeway Health Centre, Frodsham, Cheshire, WA6 6RX between 1pm and 3pm.