The asbestos ghost of Christmas past – and present!

A BBC Christmas entertainment programme was the unlikely source of a stark warning about the presence of asbestos during Christmases past – and present!

The BBC 2 programme, ‘Back in Time for Christmas’ featured a family that experiences six decades of festive celebrations dating back to the 1940s. The family’s 40s Christmas featured a dinner made from wartime rations, an ox heart instead of a turkey, the blitz – and asbestos snowflake decorations! 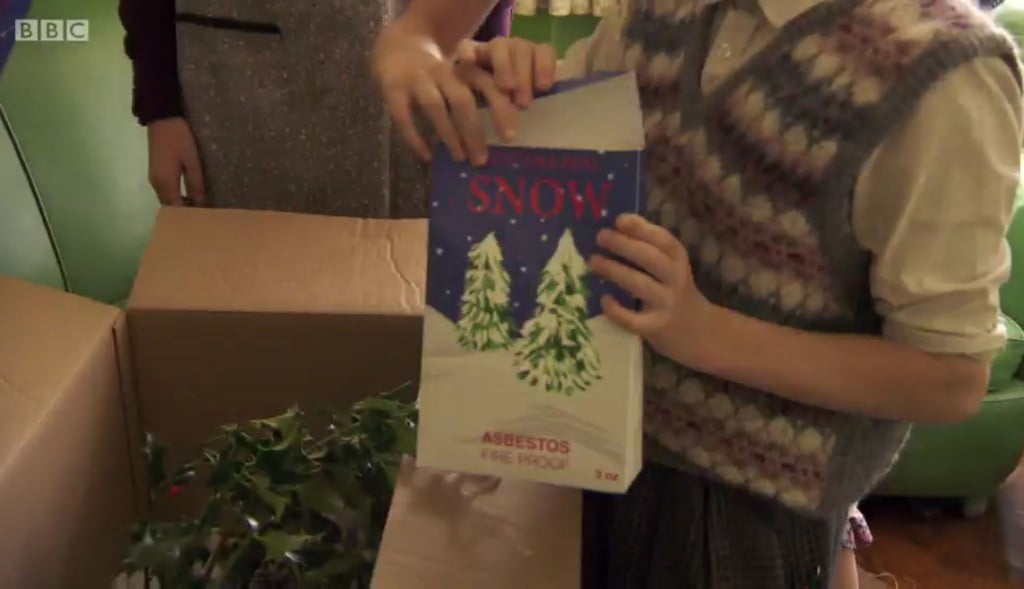 Of course, in the BBC programme a safe substitute material was used instead of real asbestos snowflakes, but it was a strong warning about the widespread use of the deadly material in the past and the fact that it can still be found in the most unexpected places.

Asbestos based fake snow was a popular form of decoration in shops and homes across Britain in the 1940s and into the 1950s. The fake snow was created with pure asbestos particles that could still remain on your traditional decorations.

Helen Bradley, an expert asbestos disease specialist and partner with Birchall Blackburn Law, says: “It’s that time of year when many of us have climbed into the loft to retrieve the decorations ready for Christmas. But people should please consider whether any of these treasured vintage decorations might have traces of asbestos on them.

“The fake snow went by trade names such as ‘White Magic’, ‘Pure White’ and ‘Snow Drift’. It was sprinkled around decorations and trees, and the deadly mineral was used by manufacturers of Christmas decorations in baubles, statues and wreaths. The UK’s Christmas revellers may still have decorations from that era. They may be unaware that each Christmas they could be at risk of breathing in asbestos dust and fibres from their vintage decorations.” 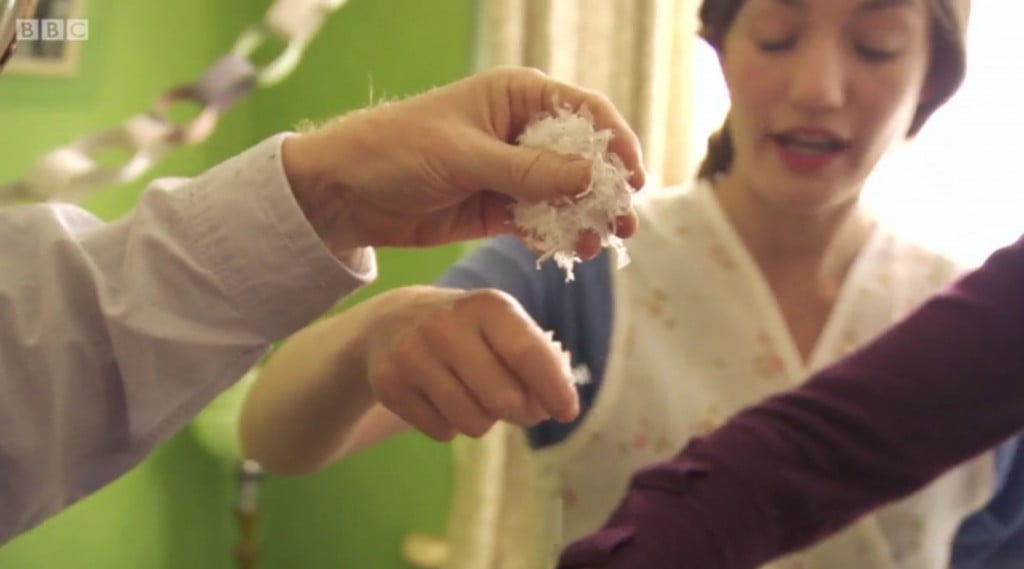 Anyone who thinks they have asbestos-laced decorations should contact their local authority, which can advise on how to dispose of them in the proper way.

Not only was asbestos used for fake snow at home and in the shops but it was also used in the film industry. A well-known scene from the 1939 film ‘Wizard of Oz’, when snow falls on Dorothy and her friends while they sleep in a poppy field, used white (chrysotile) asbestos fibres for the snow. The killer material was also used as fake snow in many other films, such as ‘Holiday Inn’ in 1942.

Helen has acted for former employees of the film industry who have sadly been exposed to the deadly fibres. She said: “Asbestos is not a substance which melts and disappears as real snow but instead one which stays and can have lethal consequences many, many years later. This is yet another example of how the effects of this deadly mineral continue to affect people’s lives.”

The terrible ghost of asbestos continues to haunt the UK. More than 5,000 people a year die from an asbestos-related disease such as mesothelioma, lung cancer, asbestosis, pleural thickening and pleural fibrosis. According to the Department of Work and Pensions, 53,000 British people alone will die from the cancer mesothelioma between 2013 and 2037.

Mesothelioma is an aggressive lung cancer that affects the lining of the lungs. Less commonly it can affect the lining of the abdomen and heart. Nearly all mesotheliomas are caused by exposure to asbestos dust. The disease and symptoms present many years (10 to 50) after the asbestos exposure occurred. There is no cure for mesothelioma and sufferers often die within months of diagnosis.

The message is just to be mindful about your old decorations and rummaging around in your loft. Do not let asbestos spoil future Christmases for you and your family. 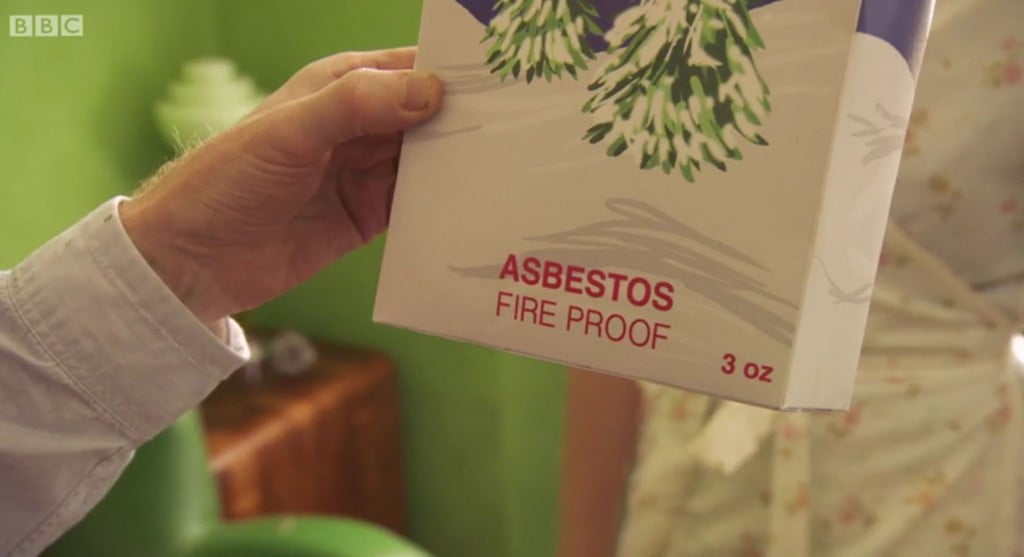